Having played various sports all my life, and sustaining numerous knee injuries in the process, I reached a point where I had developed severe OA in both knees by my mid 50’s.  Over the past 10 years, this had gradually restricted me from running, playing tennis & racquetball and eventually even walking the dog.  Walking from one end of town to the other on the hard pavement became agony and the only sport I had left to play competitively was golf!  When walking 18 or even 9 holes became too painful, I knew it was time to stop postponing the inevitable and look into knee replacement surgery.

After doing a lot of reading and research, I was interested in the option of a Conformis custom-made replacement and, as Mr McDermott had excellently repaired my son’s ACL rupture when he was a teenager, I was confident he was the person to go to for advice.  Ian is exceptionally thorough in providing you with all the information you need, both pros and cons, and is always available to answer any questions or concerns you may have.

I had the surgery in July 2021 and the team at London Bridge hospital were excellent.  I can honestly say I have had virtually no pain in my knee from the time I woke up from surgery.  The pain control in hospital was excellent and by the time I was discharged after day 3, I only needed occasional paracetamol during the rehab process that followed.  I feel that was due in large part to the Game Ready ice/compression machine that I used during my hospital stay and for a few weeks following.  It was superb at controlling the swelling and any discomfort that resulted from the flexion and strengthening exercises that were prescribed as part of the recovery process and I would highly recommend renting one.

I was amazed that I was able to weight-bear immediately, with the support of crutches, with virtually no discomfort and that my knee felt so stable and secure.  As I had to stay in London until my follow-up appointment 10 days post discharge, I did a lot of walking around the city in-between attending physio sessions and using the Game Ready.  After 2 weeks I was able to return to putting practice and gradually started working my way through my various clubs to the point where I was able to play a few 9-hole rounds of golf by week 6 and played my first competitive game of 18 holes just shy of 8 weeks post op – and even managed to play to my handicap which I hadn’t done in some time!  Now, 6 months post-surgery, I barely give my knee a thought.  It is stable and completely pain free, although it has slightly less flexion than my other knee.  Importantly, it has also had the effect of decreasing the pain in my other knee, allowing me to delay a replacement in that knee for the time-being.

I can’t thank Ian and his team enough and, based on my experience, would highly recommend considering a Conformis custom-made replacement.  Recovery time was so much quicker than I expected, although I would highly recommend using the time before surgery to strengthen your knee as much as possible and to commit to the important post-surgery rehab.  But it has most definitely been worth the outcome! 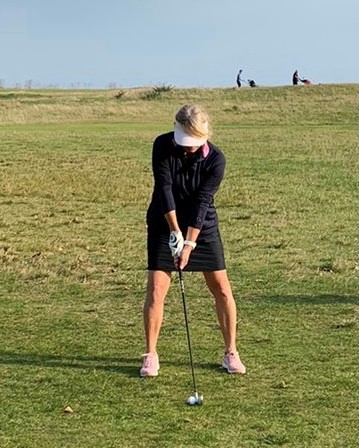